6 Acts of Courage We Can All Practice

I am noticing the many ways in which courage manifests. To me courage is simply a willingness to face your fear and so it makes sense that it would take as many forms as fear does. Since the work of making commitments and keeping them is often an exercise in facing fear, I am in a unique position to watch your displays of courage. This week I witnessed at least these six. 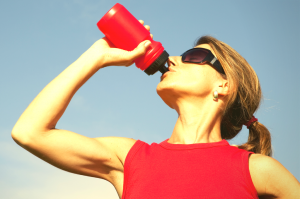 1. Putting your ideas out there, nervous and shaking, but willing to go for it.

2. Sharing a part of yourself even when you fear you will be judged or rejected for it.

3. Asking for the business. (I’ve always thought that was the hardest part about sales, asking for someone to choose you.)

4. Saying no, when it’s so much easier to say a regretful yes.

5. Asking for help, when you feel like you should be able to do it all on your own.

I think of courage as that big gulp you take before you say or do something that you are afraid of. Is it time for you to show some courage? That fear that’s in your way, isn’t worth stopping you from getting what you want and being who you want to be. So take a big gulp and get it done.