A commitment for my boy.

One day, in the midst of a heated argument with my son, it hit me how much he was mirroring me. In a flash I saw his innocence, his innate sweetness, and how my inability to control my temper was influencing him. It made me profoundly sad. There were many years of my life when I was angry but the truth is I am not angry anymore, but the tendency to get angry is still there. It’s like a rut that I can easily fall into. A pathway in my brain that I have raced down too many times. I have to make a change, now, because anger is not to a trait I want to pass along, especially to my son, if I can help it. 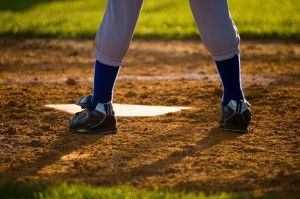 So I made a commitment – I am not going to raise my voice. The first week I broke it right away and countless times after. The second week, I broke it three times. The third week, I broke in once, and I noticed that time, the fear in my son’s eyes when it happened. He was about to accidently hit me in the head with a broomstick, but my reaction was so intense and loud that he wouldn’t talk for a couple of minutes. I realized two things, one how it makes him feel when I raise my voice and two he was getting less accustomed to it, it surprised him. Success! I am getting out of the habit, it motivated me. I’m two days in on week 4 and so far so good.

I had my corporate groups yesterday. Super productive, business-minded folks. Do you know what they talked about most? Raising kids. When to talk, when to take action, how to set boundaries, when to push, when to allow. There was a lot of talk about sports. I was particularly inspired by one man who made appointments in his calendar with his son to throw the ball so that no matter what was going on he was there. That focused time with his son positively impacted many areas of his life including his career. It improved his son’s life, his self confidence, his ability to play the game, and his relationship with his father. Paying attention to our relationships makes them better, us better, and our lives better – it just does.

Hats off to all you awesome parents out there that are doing the work, growing with your kids, loving them, nurturing them, doing the best you can for them. Sacrificing, endlessly giving, cheering on the sidelines, pushing, pulling, and letting go.