You can’t get there through thinking. 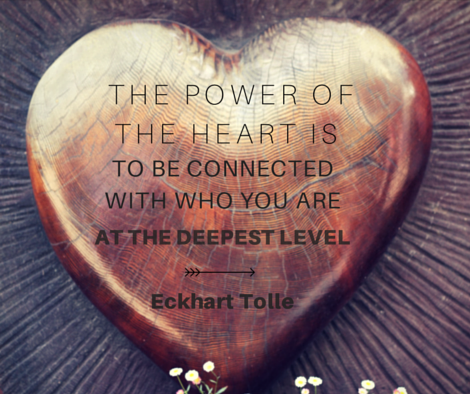 I recently had the opportunity to see the U.S. premiere of a film called The Power of the Heart. It was an exploration into the heart as our connection to intuition, life force, the soul, knowing, truth and so much more. It featured some of the great spiritual teachers of our time including Maya Angelou, Paulo Coehlo, Eckhart Tolle, Mark Nepo, and Deepak Chopra. 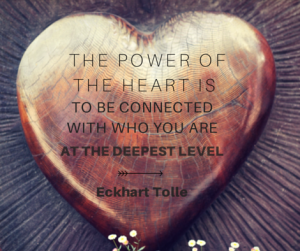 At the end of the film the producer, Baptist de Pape, spoke about his former life as a lawyer. When the dream job offer came he was hesitant to sign the contract and didn’t know why. He was lost and confused and came across a video of Eckhart Tolle posing the question, “what does life want from me?”

Feeling that that was the question he needed to ask himself it did some serious soul searching. He went out in the stillness of nature and asked himself, if not a lawyer than what should he do with his life. No answer came.

It started to rain so he ran for cover under a tree. The rain took him out of his head and in a moment of revelation he saw that his next step was to make a spiritual film about the heart. There was great joy in the knowing, immediately followed by the fear and doubt that a lawyer who knows nothing about film making would naturally feel. Of course he did follow his heart and made the film despite all the good reasons not to.

There were many things I liked about the film but mostly it was the feeling that watching it left me with. The feeling of wanting to listen more. I started to wonder about the times in my life when I’d really listened to my heart. What came up were some of my bravest moments, the choices that have really shaped my life for the better.

The big message he and his film left me with is that when it comes to making a big life decision.

“You can’t get there through thinking.”

I don’t know how many times he repeated it but he said it many times during the Q&A and I could clearly see or better yet feel the truth of it. After all how does a Danish lawyer come to make a film about the heart? It’s not logical and yet seeing him humbled, filled with gratitude and joy, at the premiere of the film that came into being because he dared to ask, “what does life want from me?” Well it was pretty awesome.

Now let me ask you this, what does life want from you? And remember you can’t get there through thinking. This is a question for the heart.