The winter groups have been wrapping up over the last couple of weeks. It’s satisfying to see how putting your intention out there and following it up with consistent activity does create the results you want but it is also so much more than that. The internal shifts that make that change possible effect more than that one result you were looking to obtain. I got to witness so much over the past 12 weeks. I saw people face the past and let go, I saw new jobs and business opportunities, I saw relationships grow, many pounds were shed, healthy habits put in place, and overall a huge increase in self awareness. 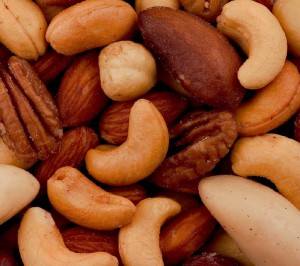 There are so many things I could highlight but one of the things I personally had the most fun with was the trend towards cleanses, eating plans, and general dietary changes. I never tell people what they should be committing to but the people within the groups do tend to inspire each other. What I couldn’t figure out was why so many of the groups were making the same commitments. This season it was like part of the collective consciousness to get healthier around eating habits.

In one group I had three out of four people doing cleanses at different times. Each reporting back essentially the same things – increased energy, better sleep, weight loss, and clarity. The energy was definitely contagious and it certainly inspired me to take one on. But it didn’t stop there. I finally broke down and had to investigate the Whole30 and the Paleo craze because I don’t think I had a single group where someone wasn’t eating Paleo. I also saw a lot of commitments to not having wheat, dairy, alcohol, sugar, bread, or dessert coming back again and again.

The interesting thing I noticed was that the motivations for eating better were so different. People were out to tackle weight loss, high cholesterol, lack of energy, sleep issues, body composition, aging, and overall well-being. All the work around food created an interesting conversation on ways to incorporate healthy eating habits into our lifestyles. Some people were calendaring, others meal-planning, some had cheat days, others cheat meals, essentially figuring out week over week how to fit these changes into their lifestyles, how to be healthy and social, how to eat a certain way and keep everyone in your family happy. All great questions that the groups supported and helped each other with.

The results were interesting too. As an observer I can honestly say that across the board when you make an effort to eat better you feel better no matter what plan you are on. You may lose weight, you may look younger, you may sleep better, you may have your libido go off the charts, but no matter what every person that invested in their health got positive results.

So as we head into spring and another session begins I wonder what will be in the collective consciousness next. I’m excited for the change and for the growth that this new season will bring and also celebrate all that was shed, altered, and brought to the surface in these last three months.